Read everything about the Bitcoin Price in USD, EUR and GBP.

Buy Bitcoin At Binance + 20% Lifetime Discount On All Fees

Follow the Bitcoin price in dollar, euro and Pound sterling 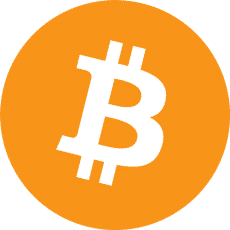 You can also see how the BTC price has performed over the course of 24 hours, 7 days, 30 days, 3 months, half year and 1 year. The Bitcoin price chart is shown in dollar. Underneath the chart you can see the trading volume of all crypto exchanges all together.

Please note that Bitcoin (as well as other cryptocurrency), due to their nature as crypto coins, are traded all day, just like the US dollar or the Euro.

Traditional stocks (usually part of a national index such as the Dutch AEX, the Belgian BEL20 or the German DAX) show a start and end time from 9 AM until 5.30 PM and are only traded during weekdays.

Bitcoin continues 24 hours a day, every day of the year without any breaks.

The information below will give you an insight into the Bitcoin performance over the past month and week. You’ll see the current market capitalization and the highest and lowest prices over the last 24 hours.

Click EUR, USD and GBP to switch between you favorite fiat currency.

GBP is added to our overview to watch the Bitcoin price in UK.

Please note that the price may vary by a few euros compared to the rates provided at the top of the page. This is due to the fact that two different suppliers provide the data.

The history of Bitcoin’s price

The mysterious Satoshi Nakamoto developed Bitcoin in 2008 and released it to an unsuspecting world in early 2009. Of course, there weren’t too many transactions in the starting year, but the first time anyone really paid with Bitcoin was for two pizzas at a Papa John’s franchise in Florida.

A Bitcoin fan paid 10 000 BTC that day. Based on today’s Bitcoin value, that would make them the most expensive pizzas ever sold.

Bitcoin has seen some major crashes and bull runs since then.

The first major breakthrough for Bitcoin was in 2012, when an increasing number of supermarkets, especially in Asia, allowed people to pay with the cryptocurrency. Things continued to go steeply upwards in 2013.

The first time Bitcoin appeared in the world news, and not really in a good way, was in October 2013. The FBI closed the so-called Silk Road website, a black market website where you can buy all kinds of forbidden stuff. Since payments for that site were mostly done in Bitcoin, given the pseudo-anonymity, it gave a great exposure to the most famous cryptocurrency.

2014 was another bad year for Bitcoin due to the bankruptcy of the Mt. Gox exchange in Japan. Since the exchange represented about 75% of all Bitcoin trading, this was a very heavy hit for the price.

In 2015 and 2016, the currency became more and more popular, going up consistently.

The peak so far was in the period from October to December 2017, when the Bitcoin Price went up and a real bull run started. The highest price of almost $20.000 per BTC was registered in December 2017. The global media discovered cryptocurrency and even the taxi drivers were talking about crypto.

However, the party stopped in the beginning of 2018 and the Bitcoin value dropped about 75% from its highest point.

2019 showed a slight stabilization, with some ups and downs that investors were expecting from the currency given its history, and 2020 looks good so far.

The table below shows the historic Bitcoin prices over the past week.

How is the Bitcoin price established?

It’s the same case as stocks: it usually depends on supply and demand. Traders receive orders, and if there is more demand overwhelms supply, the price rises. On the contrary, if there is too much of that crypto on the market for too few buyers, the Bitcoin price goes down. This way, the Bitcoin price can vary at any time of the day.

The big difference is that Bitcoin does not publish quarterly results or news through its marketing department as company do. With crypto, it is usually the case that the news of the day can determine the current value. Although in the long run a lot of people agree that the digital currency is the currency of the future, it is still very volatile and unknown to the older generation of investors, which entails large fluctuations.

Suppose the price rises sharply, then everyone wants to respond to it out of the anxiety of missing out (the so-called FOMO, Fear of missing out), and if the price falls, it is just as much in the opposite direction. As more young people invest in crypto, even social media plays a role.

Therefore, the Bitcoin price is determined by supply and demand, but can also be strongly influenced by other things. For example, the price can be influenced by positive or negative news. Affected by, investors may buy or sell Bitcoin. Other influences can be important people who make a certain statement about the cryptocurrency. If the president of the United States says something bad about Bitcoin, there is a good chance that the price will drop.

Cryptocurrency scams or hacks can also carry a negative impact on the price. It could be that the criminals are dumping all the stolen cryptocurrency on the market, causing the trust of the community to go away. Furthermore, a Bitcoin halving takes place every four years. In practice, this event should lead to a price increase.

We are not fortune tellers, but it is clear that given the large number of books on the subject that have been published in the past few last years and the growing number of press articles in the worldwide media, crypto is a bullish market. Which cryptocurrency will survive and which will not, however, is difficult to predict.

Again, a lot depends on the news of the day. At the time of writing, Democratic American presidential candidate Andrew Yang speaks very enthusiastically about crypto, what he calls the currency of the future. Not that we think he has much chance of getting the nomination, but it’s a sign that it’s becoming more and more mainstream.

Nobody can predict the future, so Bitcoin predictions are just predictions too. One thing that is certain is that the Bitcoin price will remain very volatile for the time being. That means the price can rise or fall quickly. The large price fluctuations make it very interesting for most investors and traders to invest in Bitcoin.

Compared to traditional stocks, there is more action and therefore more profit (note: also faster losses). We can’t tell you whether the price will certainly rise or fall in the future.

In the background, the developers are working hard on the technical and fundamental parts of Bitcoin. These include faster transactions, more transactions per second, and other solutions to make BTC better.

What do you need to take into account with the Bitcoin price?

As already stated, Bitcoin, like other cryptocurrency, is not really a defensive investment product, which means that the price can be very different from one day to the next. So, what to expect are large fluctuations, or high price volatility.

Important: never invest in more money than you are willing to lose. Although we are very positive about the future of Bitcoin and cryptocurrency (otherwise wouldn’t be writing these articles)), it is and remains a risky product. So please, invest wisely.

How to invest in Bitcoin?

There are several pages in our knowledge base that can show you how to make a smart choice.

For example, there is our page explaining how to buy Bitcoin safely, and we also review all known brokers and exchanges.

The prices are updated instantly in real-time. Theoretically, there can be a delay of up to a few seconds. We are dependent on external suppliers who deliver the pricing data to us.

In what currency is the price displayed?

We show the Bitcoin price in euros (EUR), dollars (USD) and Pound sterling (GBP). You can choose what currency you want to see the exchange rate. If there is a demand for other currencies, we will add them.

How far can I look back in the past?

You can look back until 1 year back in the past. The chart is shown in dollar only.