Read everything about the Band Protocol Price. 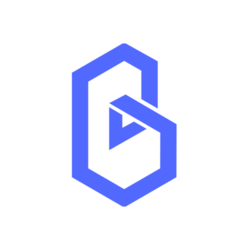 Follow the Band Protocol price in euro, dollar and pound

If you are looking for the Band Protocol price, then you can have a look at the chart on top. You will find all the required information about the price of Band Protocol.

To make things easier for you let us explain the chart in simple words. At the top section of the chart you can see the name of the currency and current price in US dollars, Euros, and British Pounds. In the middle of the chart, you can see the price history and trend of Band Protocol over the last month. This is the default view. As you can see 1M button is highlighted on the top right corner.

If you want to check the price trend of Band Protocol for daily, weekly, monthly, quarterly, biannually, and annually you can change it by selecting the desired time period like 1D, 7D, 1M, 3M, 6M and 1Y respectively. If you want to check the Band Protocol value for a specific time interval, you can do that as well by inserting the specific date in the top left corner of the chart.

Some useful information about the Band Protocol can be found at the bottom of the chart. This includes the trading volume of the coin at a different time period in USD.

If you need information related to the daily, weekly, and monthly changes in the BAND price, then you can check the table below. It shows the current price in Euros, United States dollars, and Sterling Pounds. Also, you can check the daily, weekly, and monthly changes in the value of BAND in the same chart. To make a better decision whether to invest in BAND or not, you can find more information like open and close price of BAND, high and low price, market cap and total trading volume of the coin in the last 24 hours.

Note: There can be a difference of a few dollars and euros in prices, because the price data is provided by two different companies.

The history of Band Protocol’s price

Band Protocol was founded in mid-2017 by three guys from Thailand. Soravis Srinanwakoon is a graduate of Stanford University with a bachelor in computer science and a master in management sciences. Sorawit Suriyakarn holds a bachelors and a masters degree from MIT and Paul Nattapatsiri is mainly the developer.

Several large funds like Sequoia Capital India, SEAX, and Danamu and Partners have backed the project by raising 3 million US dollars in 2019. The company has raised 13.8 million dollars so far. The first IEO was conducted on the well-known Binance exchange in September 2019.

The company raised $5.85 million at 0.47 US dollars per token. During this offering, 17.08% of the total circulating supply was distributed. Other than the exchange offer, BAND raised money using two private sales. the first private selling, during June till August 2019, Band Protocol raised 2 million US dollars at the value of $0.40 per coin. In the second private selling, the company raised 3 million dollars at a Band Protocol price of 0.30$ per coin.

There was not a lot of price action from the end of 2019 to mid-2020. The BAND value remained in the range of $0.20-$1.20. However, the price suddenly surged to $15.70 in August 2020. BAND can be considered a rising star of 2020, because of the massive increase of 6100% since the beginning of 2020. The increase was initiated due to the DeFi hype. Band Protocol has outperformed its competitors like Chainlink by miles.

Some analysts in the market are arguing that the DeFi tokens are overvalued. They are including BAND in the examples as an overvalued coin and think that Band Protocol is booming for a short period. However, the strategic partnerships and integration are adding value to the platform, and its growing with each new addition.

ICON is the largest blockchain project in Korea. ICON partnered with BAND that has caused a surge of the price. Decentralized Application ecosystems get the data from oracles and the Band Protocol connects real-world external data with smart contracts. The Band Protocol partnership with ICON will increase the security and will scale its operations to other decentralized applications built on ICON project.

Are you looking for weekly price details of Band Protocol? You can have a look at the widget below. In this table, you can see the daily price, trading volume and price change for the whole week.

How is the Band Protocol price established?

The Band Protocol price is established based on many factors involved in the cryptocurrency market. Some of them are the technology used by the company, reputation in the market, and supply and demand.

Band Protocol is based on smart contract technology, which means, there is a need for reliable data providers. This implies that, when the blockchain industry will expand, the demand for oracle providers will continue to grow. It is guessed that the global smart contract market will reach 300M by the year 2023.

In 2019, the company focused on building its infrastructure. In 2020 Band Protocol focused on improving its ecosystem expansion by using its resources. There are over 13 projects in the market that have signed a partnership with BAND. The company has a good reputation in the market with a strong leadership. This is enabling Band Protocol to make sound strategic decisions.

Since the last private sale, the return of investment is more than 4400%. It is hard to get this much profit by investing in any other asset. It is clear from the price and historic trends, that there is a fairly good amount of demand for the coin.

Price prediction is a tough subject. It is very hard to say that we can predict the future Band Protocol price. Some experienced investors can make guesses based on historical data, market condition, and its strategic alliance in the industry.

What do you need to take into account with the Band Protocol price?

The prices of cryptocurrencies are volatile, this is also the case for the Band Protocol price. Bear in mind that cryptocurrency trading is associated with the risk of losing all your money. So, if you find that the market is signaling the reduction in price then make sure you take action before it is too late. The cryptocurrency market behaves in an irrational manner that results in the loss of its investor’s money.

Caution: We advise you that do thorough research about the cryptocurrency you want to invest in. Don’t listen to friends and random people on the internet before deciding on investing in cryptocurrencies.

The prices shown on this page are provided by reliable suppliers, this can however delay the current price by milliseconds. Other than that small delay, you can find the real-time price of BAND on this page.

In what currency is the price displayed?

How far can I look back in the past?

You can look back as fast as one year in the past. By default, you can the price of BAND in Euros for the whole month in the chart on this page. However, you can select the desired time frame in the chart by selecting daily, weekly, monthly, quarterly, biannually and annually.

You can find additional valuable information such as high and low prices, market cap and trading volume of BAND.