Read everything about the NEO Price. 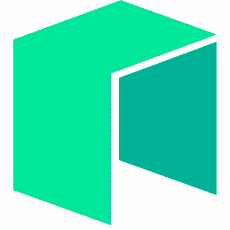 In the above widget, you can check the price data according to your interest. The chart shows the overall price range of NEO, in an interactive way. From current NEO price to historical data of the price, all information is available in the chart.

For example, you can see the NEO price for the last seven days, by clicking on 7D. In the same way you can check the price data for thirty days (30D), since the start of this year (shown by year to date, YTD), and since its first record price (displayed as ALL).

Just like other cryptocurrencies, trading of the NEO cryptocurrency never stops and remains open throughout the day, even on weekends when traditional stocks keep close their business.

The widget also provides you the exchange rates of NEO price including all trading fees. You can check it at the bottom of the chart.

NEO price in euros and dollars

In the below widget, you can see the live NEO price for the last 24 hours and other active market data including NEO’s trading volume with daily, weekly, monthly changes. Further, the data of highest value and lowest value of NEO and current market capitalization is also present.

You can use EUR and USD to switch between euros and dollars.

Note: There can be a difference of a few dollars and euros in prices, because the price data is provided by two different companies.

The history of NEO’s price

NEO was launched in 2014 by Da HongFei and Erik Zhang. At the time of its listing, the project was named Antshares, but in 2017 Antshares was rebranded to NEO. It is an open-source blockchain and has been working on its vision of establishing a smart economy through blockchain technology and smart contracts. This cryptocurrency is very popular in China and other Asian countries and often referred to as the Chinese Ethereum. Historical price chart of NEO shows that it started to rise right after its rebranding from Antshares to NEO in June 2017. If you were lucky enough to grasp the right moment and invested in NEO in July 2017, when its value was near $6 and a $100 investment would have brought you $2700, with a 2600 percent return on investment.

In 2018 the starting of the NEO price was $76.19, a 4,000 percent rise in the market since it was rebranded. On 15 January 2018 NEO price saw its all-time high of $196.85. NEO experienced frequent upswings and market corrections throughout the rest of January. After that rise, the price started to show a downtrend. NEO was trading at $142.38 on 28 February. But on April 6, the price went down to $44.91, which was a massive breakdown in its market price. The NEO price fell back steadily for the rest of the year and lost 97% of its market price in December.

2019 was not a good year for NEO price and it has seen mostly downward trends throughout the year. In 2020, in the start of the year the small spike of the price was seen but most of the time the price went down.

With the passage of time, NEO project has achieved a good image by patterning with different potential firms. Since its successful upgrade, NEO has added full smart contracts assistance, which is attracting a series of blockchain startups to business with its platform. Bancor, Coindash and Agrello were among the first platforms who started technical cooperation with NEO.

In July 2017, NEO and Elastos signed a shared agreement to explore the technological values and applications of blockchain in the current internet operating platforms to enhance the development of a smart economy. Moreover, in Aug 2018, NEO Announced its cooperation with Certik, to enhance the smart security of its platform. NEO announced its partnership with Aergo in the same year, which will allow its dApp ecosystem to expand.

In August 2019, NEO became a partner of Swisscom blockchain to empower data ownership. In the same month, NEO Announced its strategic partnerships with TECHFUND Inc. and gumi cryptos Inc., to promote blockchain technology.

In the start of the 2020, NEO made an investment in Switcheo. Further in April, NEO and University of Zurich developed long term cooperation to mutually promote blockchain technology in Europe. The founder of NEO, Da Hongfei, appeared at the virtual conference on 16 April, where he told that blockchain technology will be a remedy in a post-pandemic world.

Recently in June, MADANA, a German cybersecurity and data privacy company joined hands with NEO, to explore NeoFS as a storage service for its secure data processing applications. Moreover, NEO is steadily getting the ranking on Coinmarketcap, and in 2020, it is among the top-30 cryptocurrencies.

The following chart displays the historical price of NEO for the last week.

How is the NEO price established?

Just like in other cryptocurrencies, supply and demand is the important determinant of NEO prices. The price is set according to the basic economic principle. It means if NEO has a high token supply with little demand from traders and users then prices will go down. On the other side if the supply of NEO is limited and the demand is high then the NEO price will increase.

Moreover, news of the day and public sentiments can influence the NEO price. Other factors including scams or hacks and level of token utility (how useful is the token) can also play a role in price determination.

No one can predict the price movement in the crypto market. Cryptocurrencies are so volatile that you can be either very right or very wrong in predictions. Though you can make some guesses based on history trends, it is almost impossible to predict the exact NEO value. However, a release of a new version of NEO 3.0 is expected in near future, which can boost up NEO’s popularity as a development platform. NEO has recently signed important partnerships which can enhance its mass adoption in the digital community.

What do you need to take into account with the NEO price?

The NEO price can change very quickly, as you can see in the past trend. So it is not fit for most personal risk profiles. As one leading investor can affect the price with just a single order in the crypto market, so you should be clear that it is a risky investment. You could lose your entire money, so never invest more money than you are willing to lose.

The NEO price is updated immediately in a real-time manner. We are dependent on the suppliers for the price data, so there can be a delay of a few seconds.

Can I see the price in EUR and USD?

Yes, the NEO prices are shown in both dollar and euros. You can use the above given option in the chart to switch between USD and EUR, if you want.

How far can I look in the past?

You can look back in the past till the very first listing of NEO in the year of 2017 (after the rebrand), by using the option of ALL.

Along with the live NEO price, we also show you the current market capitalization, the overall percentage during the last 24 hours, a week or over the last month. The highest and lowest price for the period of 24 hours can also be viewed.