It’s times like these time and time again. The old Foo Fighter lyrics prove helpful when crypto history repeats itself.

Whereas we were convinced a few weeks ago that NFTs (non-fungible-tokes) were ready to show a top and implode, just as DeFi had done in the summer of 2020, they proved us wrong and have by now taken over world media.

In doing so, many people who had never heard of blockchain, Ether or Bitcoin (is that last one even still possible) are being introduced to it. Just yesterday, both the Wall Street Journal and BBC news featured NFTs on their front pages. 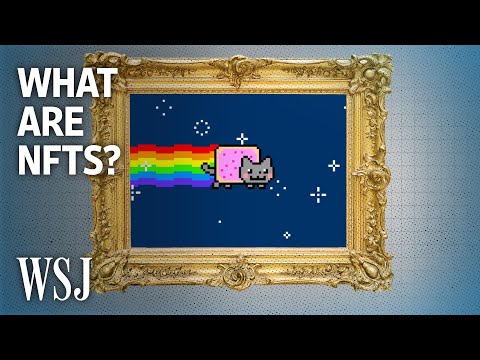 A non-fungible token refers to an unique cryptographic token, which stands for something distinct. One key feature of NFTs that stands out is that it’s not exchangeable with another NFT.

As such, it can be easily used to allow a digital artist to sell an artwork and store the original work on the blockchain of Ethereum.

As such, the maker of Nyan Cat recently sold his original work (which has been shared millions of times on the internet before) for $600,000.

In essence, you could think of a NFT as a certificate of authenticity that proves that the Mona Lisa which hangs in the Louvre is the real one, and the poster you have in your dorm is just a poster.

Thanks to digitalized data like the date of sale, the amount paid and the timestamp all referring to your IP-address, the blockchain can identify and store the fact that you paid the piece of artwork and that the original belongs to you. It also allows you to sell it.

.@beeple 's 'The First 5000 Days', the 1st purely digital NFT based artwork offered by a major auction house has sold for $69,346,250, positioning him among the top three most valuable living artists. Major Thanks to @beeple + @makersplaceco. More details to be released shortly

The method is a boon for digital artists who used to see their works pirated or copied of course as a JPEG or a BMP can easily be remade by pushing printscreen or saving the file directly from the internet.

Thanks to the sale of the first 5,000 works of American digital artist Beeple yesterday at Christie’s in London, for a whopping $69 million, NFTs are now making headlines worldwide. With that every classic piece of media, whether they like it or not, has to explain what NFT, blockchain, Ether and Bitcoin is.

When crypto cannot find a way itself to spread its message, it looks like classic media is now obliged to do it on its behalf.

As we said, times like these again and time again.