Famed Dutch analyst Michael van de Poppe, known on social media as CryptoMich, discussed the latest macro-economic trends that could influence the Bitcoin price. He believes a relief rally is probably in the works as inflation slows down and the Federal Reserve will be forced to stop raising interest rates.

The current bearish conditions for Bitcoin are, according to Michael’s analysis, still a result of the fact that global media is currently giving SBF (FTX founder Sam Bankman-Fried) a platform to speak. Earlier this week, SBF was indeed interviewed by the New York Times for their Dealbook forum, a performance mocked by many in the cryptosphere who have lost money because of the collapse of his FTX crypto platform. 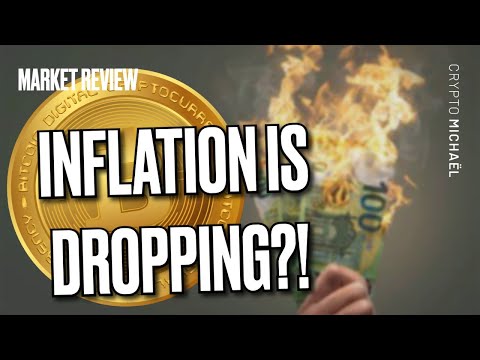 Michael is no different and feels that the only setting that SBF currently should be in, is the inside of a United States court. Until interest over the collapse of FTX subsides, it will probably be hard for the Bitcoin price to climb he concludes.

However, CryptoMich also sees a silver lining in the current macro-economic data. Firstly there is the indication that global inflation is finally ready to drop from its peak and therefore a relief rally could be in the works both for stocks and crypto. Secondly, he pointed out that the for Bitcoin highly important value of DXY (Dollar index) has been dropping for weeks now, which could also be beneficial for the biggest digital currency.

If it hits the circle I am retiring. pic.twitter.com/yRDq3AsQsW

As always, a highly interesting analysis.