If you are serious about investing in cryptocurrencies, security should be very important. It does not matter whether you own just a little bit or if you are a big investor, safe storage of your cryptocurrency is essential. It is also important that you are the owner of your own private keys. You might have heard of: Not your keys, not your coins.

One way to securely store your cryptocurrency is a hardware wallet. The first brand that probably comes to mind is Ledger. This is the most advanced company in the field of hardware wallets. The French company has sold over one and a half million devices in the last few years and has recently released a new hardware wallet: the Ledger Nano X. In this Ledger Nano X review we take a look at why you should buy a Ledger Nano X.

The successor of the Ledger Nano S

The Ledger Nano X was released four years later and was released to improve all shortcomings of the Nano S. In terms of appearance, the device looks almost the same, but in terms of hardware a lot has changed.

Ledger has taken four years to develop the new product. And fortunately, there are enough new features to consider buying the Ledger Nano X.

The Ledger Nano X is completely mobile friendly and can be paired with your smartphone using Bluetooth. This way, you can use your Nano X wherever you are and, at all times, make use of your wallet. The mobile app is available for Apple iOS and Android. 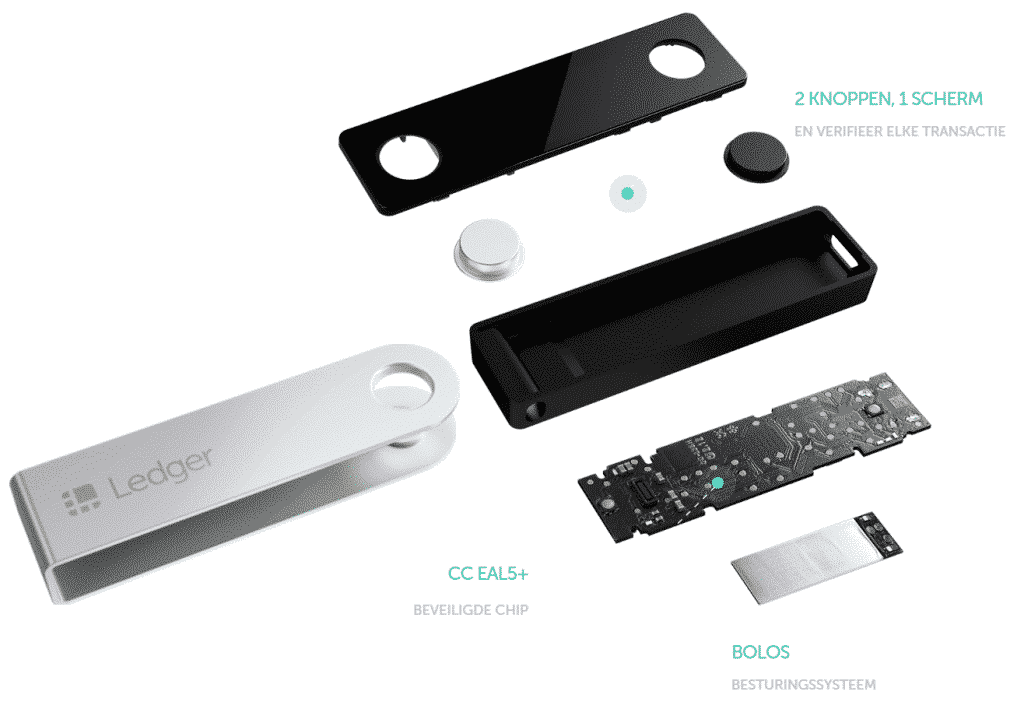 Another drawback of the Nano S is that you can’t install more than a handful of apps on it. If you want to use a new wallet, you will first need to uninstall the app and then install the new one. The storage capacity of the Nano X has been increased to as many as 100 apps. This means that you can install and use 100 wallet apps on the device at the same time. Only for this reason we would buy a Ledger Nano X.

The device is slightly larger, heavier and the screen has a higher quality. It contains the following chips: ST33J2M0 and STM32WB55 with CC EAL5+ certification. This should provide both better security and better performance.

Security is really important to Ledger and it could be a reason to buy the Ledger Nano X. First of all, the private keys are secured with the CC EAL5+ certification, which also secures the chips. Because of this, you are sure that your private keys are safe.

Last but not least, every device is still equipped with the PIN code like there is on the Nano S.

How do I set up my Ledger Nano X?

If you have ever set up a Ledger Nano S, there will be almost no difference with the setup of the Ledger Nano X. A difference is that you now also use your smartphone. The process to set the device up is step by step and is very simple. The screen tells you exactly what to do and this can hardly go wrong.

There are two ways to set up the wallet:

Regardless of which option you choose, the process is pretty much the same: connect your wallet to your computer or smartphone, enter your login details and PIN, make a backup of your recovery seed, and install all the apps you want.

The Nano X comes with a USB cable, an instruction booklet, three blank private key recovery sheets and a keychain. 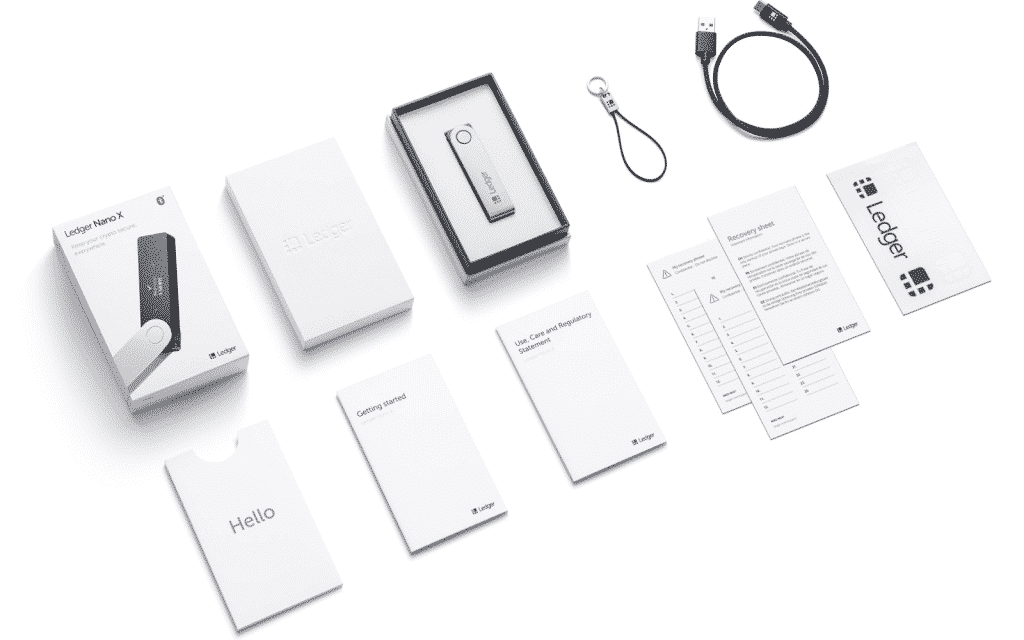 Which cryptocurrencies can I store on my Ledger Nano X?

Ledger has made big steps in the field of coin support the last few years. At this moment, there are 22 coins being supported and so are all ERC20 tokens. This means that you can store more than 1250 cryptocurrencies on your Ledger Nano X. Please check the official Ledger website for a complete list of the supported coins. By the way, all coins shown are also supported by the Ledger Nano S.

Where can I buy a Ledger Nano X?

The Ledger Nano X review is not complete if we don’t tell you where to buy the Ledger Nano X. We advise you to buy your hardware wallet always from the official store or an official reseller. Preferably via the official website: https://shop.ledger.com/products/ledger-nano-x.  This way you can be sure that your device has not been tampered with and normally it will take no longer than 2 business days before you receive your Ledger (unless it is out of stock and it depends where you live). Ledger sends their packages from France.

Always check if the hardware wallet is still sealed when you receive it.

We are very pleased with Ledger’s products. If you are serious about investing, a hardware wallet is a must.

There are no reviews yet. Be the first one to write one.

There are no reviews yet. Be the first one to write one.

Tell us what you think of the Nano Ledger X wallet